Governor Newsom has signed AB 3182 (Ting) into law, which modifies Civil Code Section 4740, and adds a new Civil Code Section 4741. The stated goal of AB 3182 is to “bring many more rental units to the state at virtually no cost.” However, this new law will have significant impacts on the ability of homeowner associations to regulate the rental of separate interests and accessory dwelling units and junior accessory dwelling units (collectively “ADU(s)1”). As explained below, the new law will severely hamper the ability of homeowner associations to effectively manage and operate their communities, maintain a stable quality of life and protect their residents from frequent turnovers in occupancy of separate interests and from an overburdening of resources. 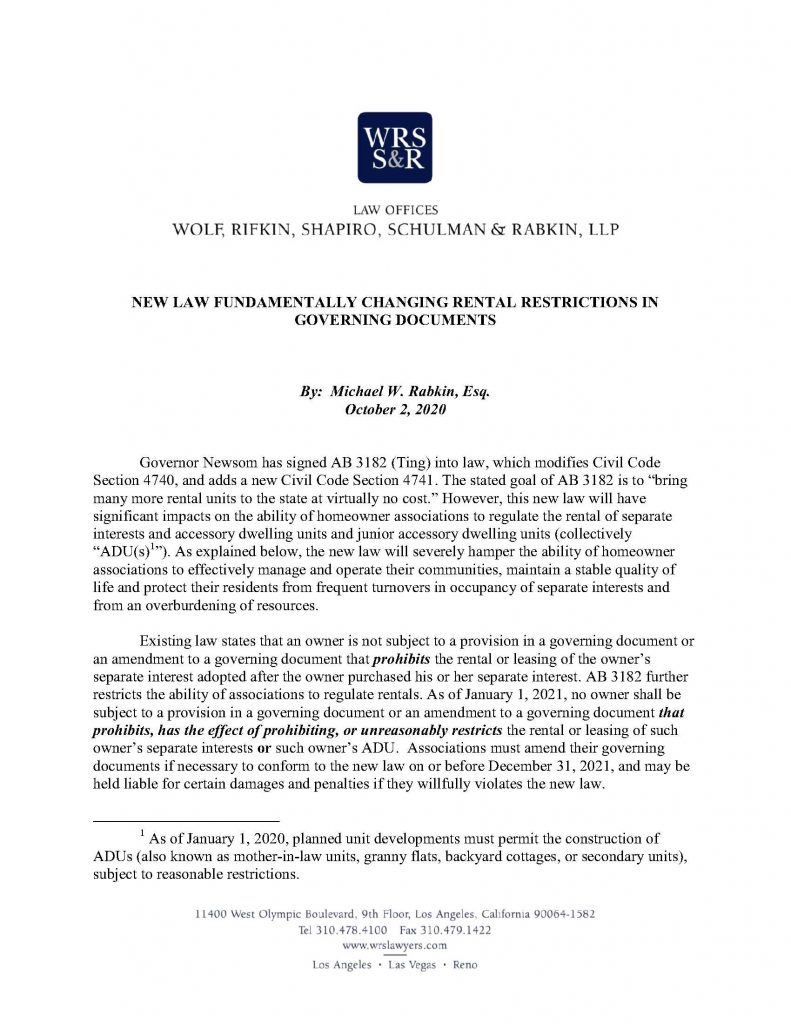 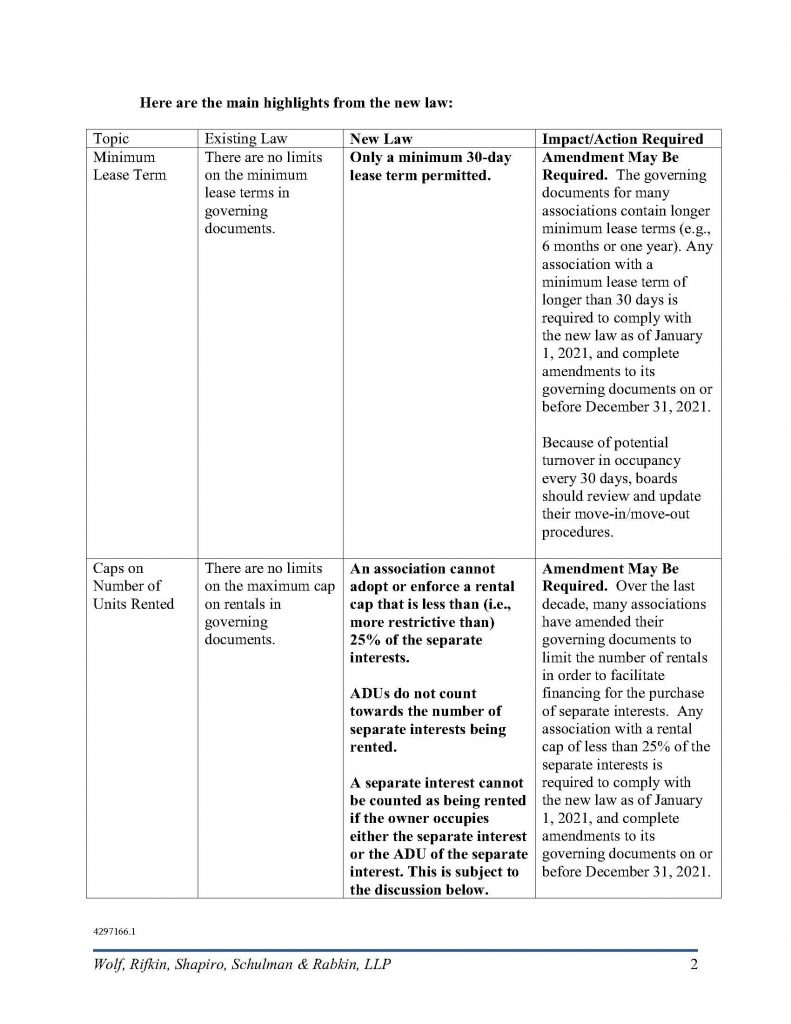 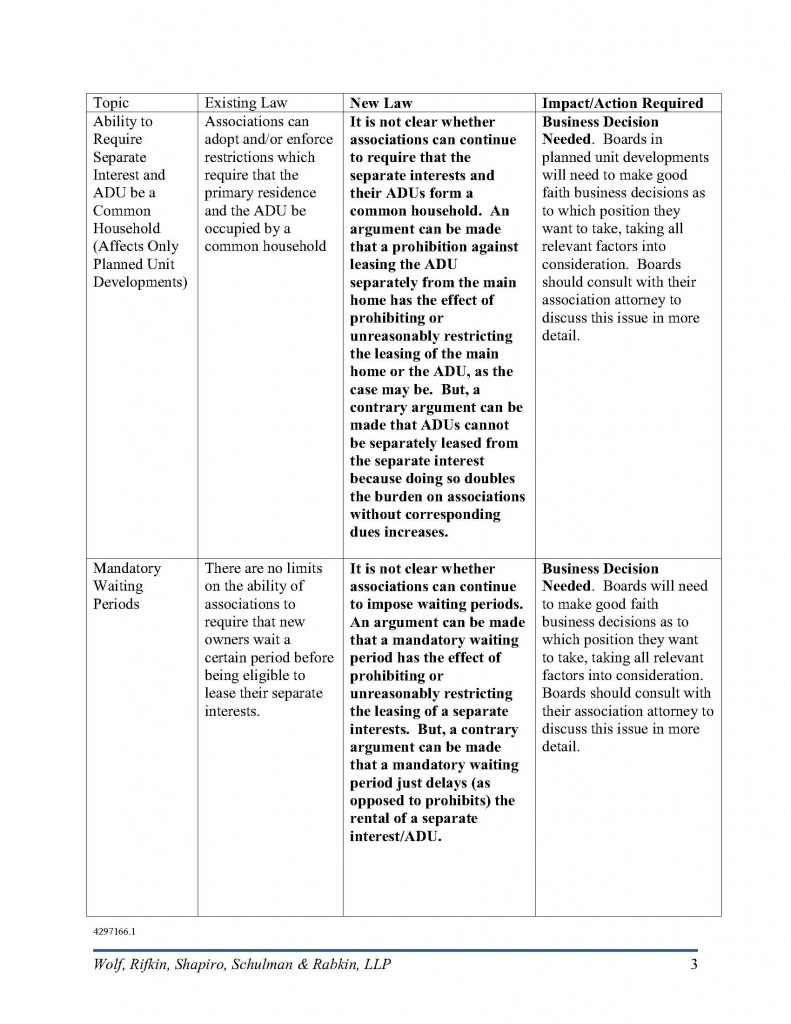 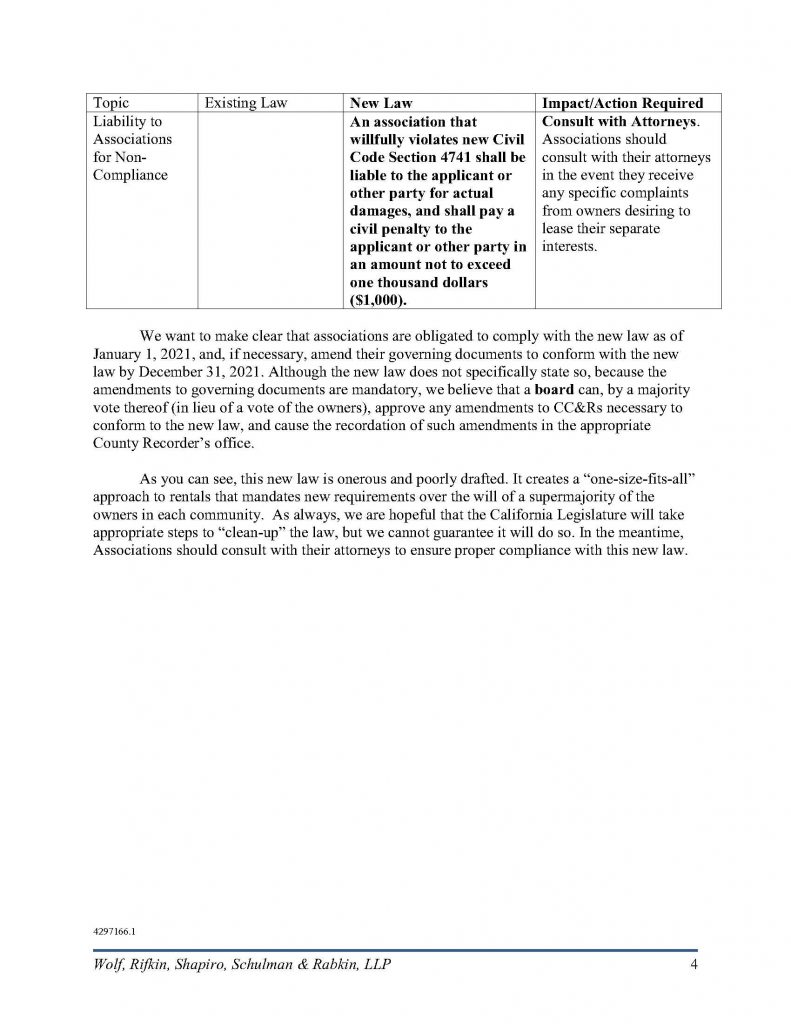 Order documents and certificates related to sale and refinance transactions.

Report maintenance needs directly to your Community Manager for handling.

Click the link below to receive important vendor information.